Kristyn Arrighi on October 28, 2022
Petition creators and event hosts are the lifeblood of ControlShift, and supporting these creators as they organize their communities is the biggest driver of success for our customers. 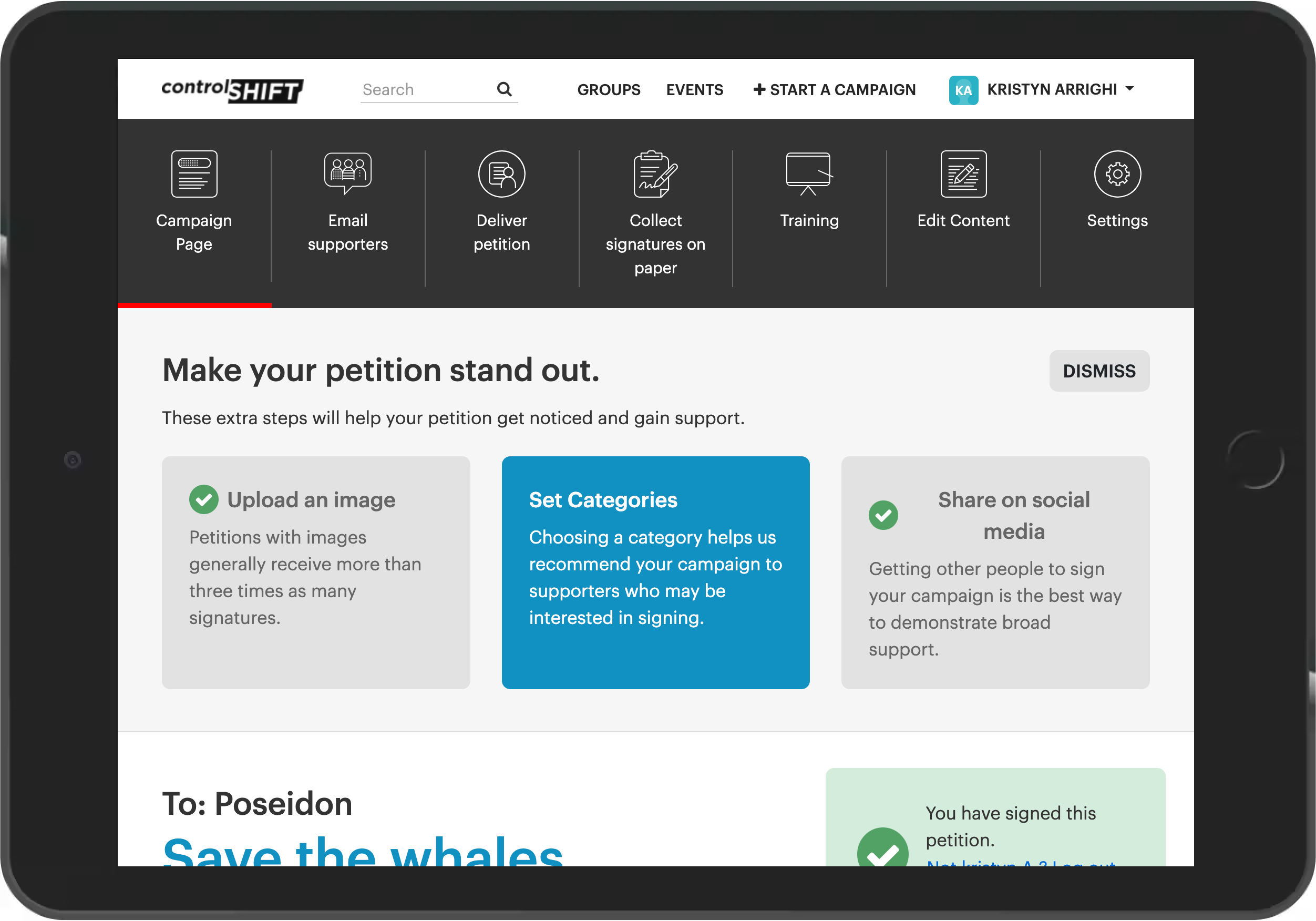 Nathan Woodhull on December 14, 2021
We’ve always believed that customers and their supporters own their own data. We are simply stewards of that information in service of helping to make our customers more powerful in the world.
Read More →

Nathan Woodhull on December 7, 2021
We’re celebrating a major milestone, as we wrap up the year. ControlShift is 10 years old!
Read More →

Nathan Woodhull on November 22, 2021
We’ve improved the ways that customers can set up user account authentication within the ControlShift platform to support the requirements of the most sophisticated advocacy organizations.
Read More →

Nathan Woodhull on October 26, 2021
We’ve been iteratively improving the interface that partners, petition creators, and event hosts use when they message their supporters over the last few weeks. We wanted to highlight all of the improvements as we wrap up the project.
Read More →

🎨 Custom branding for partners, microsites, days of action, and more!

Nathan Woodhull on August 12, 2021
I enjoyed today’s XKCD comic which made the point that “experts in everything wildly overestimate the average person’s familiarity with their field” and the same is as true for supporter-led petition platforms as it is for geochemistry.
Read More →

Kristyn Arrighi on June 28, 2021
We recently announced our redesign of the petition creation flow, and we are excited to report back on how the tests we’ve been running have performed. We’re continuously working to make the platform experience faster and better for our organizations’ supporters using A/B tests to optimize every page your supporters encounter.
Read More →