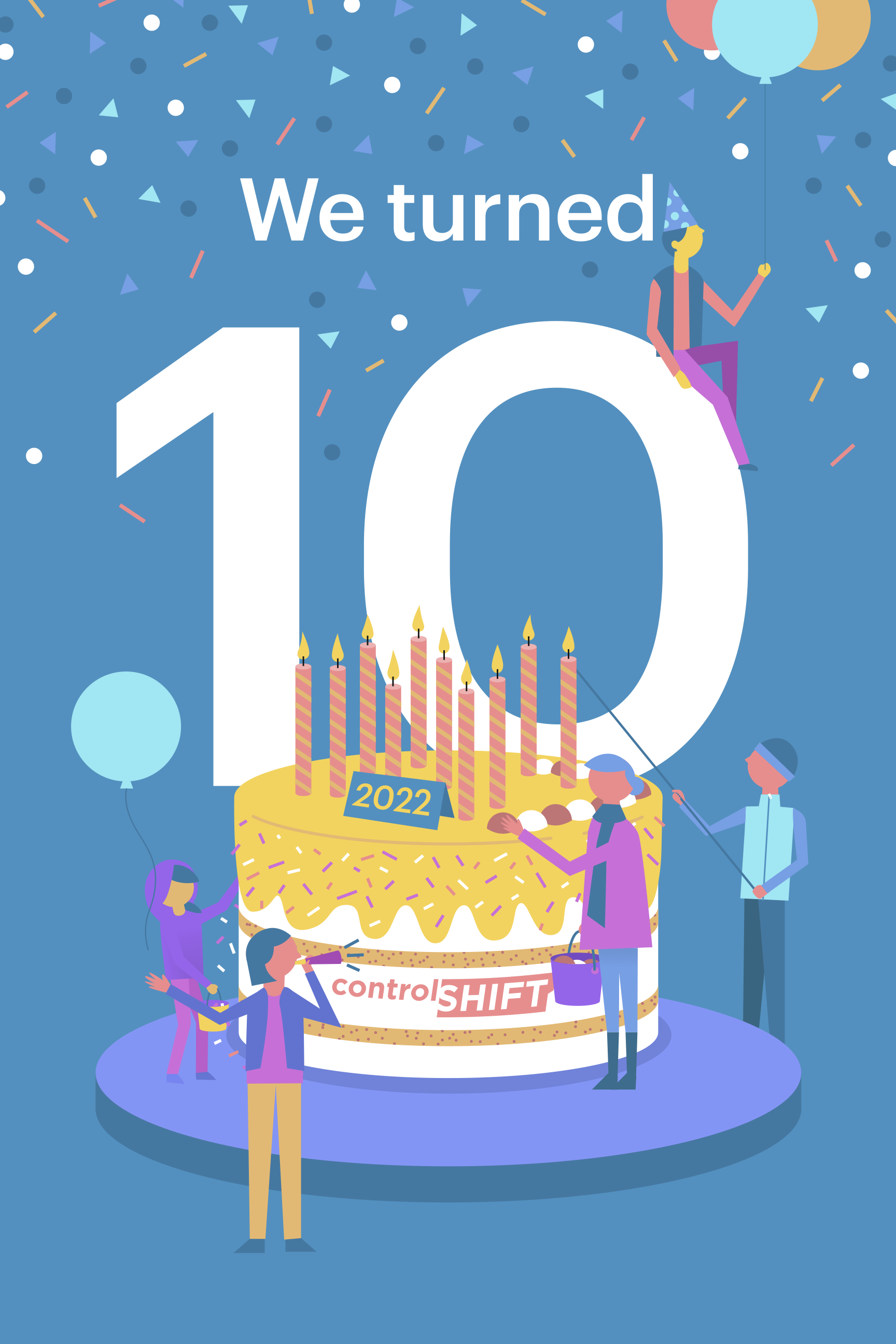 We’re celebrating a major milestone, as we wrap up the year. ControlShift is 10 years old!

For the last decade, we’ve held true to our commitment to be a different kind of software service provider: one that puts service to progressive movements at the center of what we do.

Looking back, I could not be more proud of what the ControlShift team has accomplished over the last decade:

We got started because of a confluence of lucky connections: two sister advocacy organizations, GetUp! in Australia and 38 Degrees in the UK, both realized they needed a new software product for turning their supporters into leaders and allowing for the distributed creation of campaigns. We leveraged early pro-bono support for that vision from IT consultancy ThoughtWorks, as well as OPEN (which did not quite formally exist yet) and the Citizen Engagement Lab. There are too many people from those early years of the adventure without whom none of this would have been possible. You can’t know how thankful I am for all of you.

Looking back it’s been quite a journey.

ControlShift at the beginning was such a small, fragile, precious idea. It’s a bit of an institution now. All of us here are thankful to have been able to play such a small part in so many critical struggles over the last decade. It’s been an honor to serve you all, and we’re looking forward to continue supporting your work for years to come.

Nathan, the rest of the team, and everyone else who has been part of the ControlShift story along the way.